My post high school years were FILLED with incredible experiences and opportunities. From time spent as a leader at Kids Cancer Camps {for kids with Cancer and their siblings} to a short stint in Baltimore as an au pair, then living with my friend and his family for the last few months of his life, followed by a solo trip to Puerto Vallarta when I was 21. And many more.

Each of these could be one {or several} blog post of its own – which may just happen. But what I want to share in this post is an incredibly special memory of mine….a time I really felt an incredible connection to heaven {or whatever you believe is beyond this}. One I will never forget.

At my first Cancer Camp I met some incredible kids, but developed pretty special bonds with Shelby and Nicole, best friends who met during treatments. They really became my little buddies that week, even being called Shelby’s pretend mommy to help ease her sadness at missing her own at night. These girls filled my purpose and fuelled my passion. 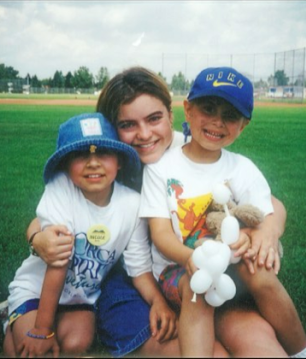 After the camp, I made arrangements with their moms to visit them during treatment. And for some reason, the universe aligned and it did not become an empty promise that sounded nice when it was made. I actually went. Repeatedly. And we made incredible memories.

Shelby’s dream was to go to Kindergarten. And she did…she made it through one day – the first day – of school that year and then the pain came with a vengeance. When it became clear that things were not going the way we wanted for Shelby, her mom hired me as a part time nanny. Someone who could help drive her other two kids to appointments or sit with Shelby while she was able to get other things done {I later found out at one point she was up in Shelby’s room going through her things….cue sobs}.

This time was magical. Most days we laid low and played in the house, but there were some really good days where we were able to make it to the park. Her favourite snacks were chocolate milk and a plate of meat, cheese and pickles, and we watched the Spice Girls movie no less than a hundred times. I kid you not. Goodness we had fun singing along to every. single. song.

And then she slowly got worse. More lethargic {more Spice Girls}, less of an appetite…and eventually less laughter and conversation. Oh my heart. Then unable to move from the couch, sleeping for longer stretches until she stopped waking altogether, her little body still fighting like hell.

I would sit beside her, talking to her while holding her hand. She didn’t respond because she couldn’t, but I absolutely believed she could hear me. And then one day the magic happened.

The last day I was with her, and just a week before she passed, I sat holding her hand and talking to her. And just like every other time I whispered *I love you*…

But this time three little squeezes grasped my hand in response. 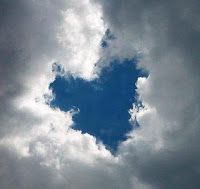 In that moment my heart exploded and I’ve never been the same.

Sometimes I miss them

There Is No Such Thing As Balance