It was the year after I graduated high school. I had a job as an afterschool nanny for a family with 3 kids. The mom worked away 3 weeks each month public speaking and the dad also had a busy full time job.

The kids – 2 boys, 10 and 8, I think…and 1 girl, 5. I immediately connected with the kids and loved being able to sort of *play house*, helping with homework, making dinner and just spending time together.

It was, for the most part, all positive. You know, until it wasn’t.

The youngest would tell me on the way home from school that sometimes she shut down at school because she missed her mom so much. It broke my heart. It didn’t just break my naïve, every mom should stay home with their kids every minute of the day heart, it broke my gosh I love this little girl and want her happiness, heart. It just made me sad for her. Yes they enjoyed many things because of her mom’s job and hearing her talk about her work as a public speaker absolutely made me a believer. She was passionate about it…it made her come alive. But what I know or knew…or felt…or worried…is that one day she would realize that her passion came at a very, very large cost. And THAT broke my heart. Still, even today it does, almost 20 years later. It was just an awful lot of time away.

Gosh, I have thought of her so much since then.

So I resolved to be there for her. I loved even then that I could possible be a bright spot in her life.

And then I made a very conscious decision not to be. And that is what eats me alive to this day. 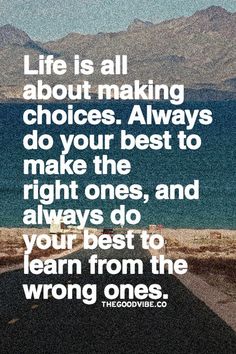 Her oldest brother was not interested in doing his homework. The rule was they had to do their homework before they could read magazines, etc. It had never been a problem before but on this day, his mood was such that it became a very large, ultimately scary situation. He absolutely lost it.

Let me be clear, even as a teenager I was able to stay calm. I have always had a very keen awareness in situations to avoid saying/doing things that I would later regret or need to apologize for. So while he screamed at me, I responded calmly. He demanded the magazine back, screaming that he had the power…the control….for a long while this went on.

And then he grabbed the vacuum hose.

And then he chased me around the house with it, while I shielded his sister with my body.

As he started hitting my calves with the vacuum hose, I knew this had escalated in ways beyond my control. I sent the youngest to the neighbour’s house  – both of us in tears….both of us terrified, and told her to have the neighbour call the police. I know you might be reading this wondering why I was being a push over, why I didn’t retaliate and stop the situation….and I completely understand that train of thought. But understand again, this was not MY child. And even in those heated moments I was able to choose to avoid contributing to the chaos. If I had retaliated, any number of things could have gone wrong. It was not, in this situation, the right avenue to take. That is something I’ve never questioned.

His dad came home around then so thankfully that call was unnecessary, but oh my word. I explained the situation and then high tailed it out of there. My calves were bruised with the hugest bruises I have ever seen and I knew that I was done. Absolutely 100% done.

I phoned the next day to let them know and then went away with my best friend for the weekend. Then the heart wrenching phone call from their daughter asking, no begging me to reconsider. My heart broke all over again….I so badly wanted to be there for her but I also knew I needed to make a decision for myself…a decision of preservation. I was not going through that again and was unwilling to put myself in that situation again.

And in some ways I never looked back, trusting my need to protect me. Proud of myself for not making a decision based on guilt. But dammit, part of me has also always wondered. Could I have been someone to them? Did I miss an opportunity to really make a mark in the lives of 3 children, who were so obviously hurting?

I will never know and it will forever haunt me.