It has been a dream of mine to go to Yosemite National Park for about 10 years now. I admit, it was after reading an article about Keri Russell (Felicity….was a huge fan) camping there. But it looked beautiful and I love camping so it wasn’t that difficult to decide I’d like to go there.

Anyways…Radelle has a friend lives in Yosemite Lakes Park, and despite having just moved in the week before, she was ECSTATIC to have company. So we went and stayed for a night to see her and had plans to see the National Park as well. We had a great time and the kids (she has 3) all played really well. We were able to gab like old friends (first time I’d met her) and just really had a great time. The weather didn’t cooperate, though we did get a small park trip in that the kids were really happy about. It was nice to be outside, running off some pent up energy (lots of time in the car). 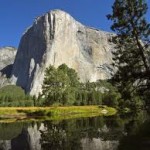 Our trip to Yosemite National Park had to be cancelled due to *Weather Conditions* – you were not allowed to go in there unless you had tire chains. Say What? I’m from Canada (where we have real *weather conditions*) and I don’t even OWN tire chains. All I could think was *winter tires* lol. Nevertheless, I resigned myself to the fact that it would have to wait until another time. And we just carried on.

While we were waiting (and waiting…and waiting) for Radelle’s laptop to arrive, and instead of being at the National Park, we just hung around. Again, the weather was rainy out, making it difficult to do anything outside, so we just enjoyed a relaxing and cozy day inside. While going out to pack up the vehicle, we discovered a nice little herd of deer just chillin’ out. The kids loved it and had fun watching them all.

We had a great time and look forward to going back – this time hopefully when the weather is wants to cooperate. Or I will bring snow chains! 😉

Mexico Vacay {Roberto and the Buffet}