I don’t take my commitments lightly. And any changes come with serious and lengthy consideration and inner turmoil. It is not in my nature to not see something through but sometimes things change and you have to make a different choice. 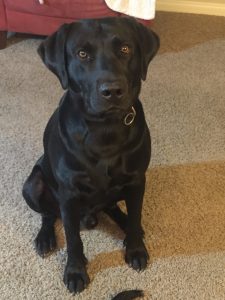 This summer, after moving into my new place, I followed through with the most difficult of decisions when I took my dog, Axel to be put down. It was a lonely decision met with much backlash, though followed also with some incredible support by so many others. #grateful Just two weeks following that, the kids and I drove to take our puppy, Salem to a new family. Oh my heart broke all over again and as we sat there and she parked herself under my daughter’s legs, I couldn’t hold back the tears. How was I going to do this? 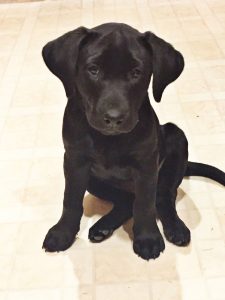 And yet I knew how: We were going to turn our backs and walk out. I hated it then and I hate it now. I NEVER would have kept her (one of our litter pups) had I anticipated that outcome. And yet, I needed her in that time. I called her my therapy and she was every bit of that, and I could never wish that time away. But my goodness….even though ultimately it was a choice, it was a choice made out of necessity, and that just felt really cruel.

For anyone who has dogs, particularly big dogs, you know it is a big responsibility. Not even just a physical responsibility but the mental commitment is huge.

After the experience with Axel, I simply didn’t want to ever face that again, having to put an animal down. Then losing Salem, I felt like it was just easier to do it all in one sweep. So we decided that rehoming Malibu back to my cousin’s place, was the wisest move. And then she really started to settle in and the kids wanted to keep her. She turned into such a lovely solo house dog and we loved having her around. The problem was, we weren’t always around and her life was not one well suited for a large dog. She deserved more and honestly, I had to allow myself to accept that I also deserved more. I deserved the mental break, the one less responsibility, the ability to simplify further and just live my life.

I have so many goals and plans but at every turn I was met with, “….but Malibu”. I had to let that mean what it was supposed to and I had to let myself give her the more I couldn’t. So a life stuck in a house all day and most nights, rarely exercised and often lonely vs 600 acres to run on with two other dogs (one her litter sister) and my cousin’s kids to love and play with. 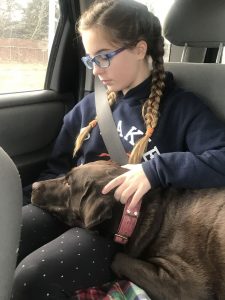 If I loved her, and I do – we all do – I had to understand and accept that the right choice for me, and us, was also the right choice for her. And to ensure I didn’t start the coming year with loss, I arranged to have her taken to my cousin’s place shortly before Christmas.

I failed at being a dog owner so I could succeed at life.

I feel that failure every day and in every part of it but I’ve also come to terms with it. Our home feels like someone is missing and it’s been weird to realize I don’t have to consider her in every decision I make, but the freedom is beautiful. All the plans I wanted to make, I now can. Any time I have errands to run or an event to attend or a friend to see, I don’t have to consider getting a dog sitter or making sure she’s been fed or let out or has had some human interaction. Giving her a better life has allowed me to let go of the guilt.

I am a big believer in following through with commitments and doing everything in our power to do so, and I did. But sometimes life and circumstances change, and we have to allow ourselves the ability to make a different choice when that happens. These were without a doubt, some of my most difficult decisions to date, but absolutely the right and best ones. And each time, I’ve gotten stronger and a whole lot more clarity. 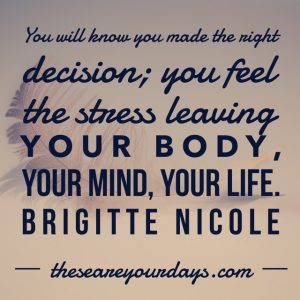 The Prize That Isn’t

On the Outside – On the Inside #adoption #thesearethedays

A little piece of me