Well That Was HAWKward ~ My First Brazilian Experience

The truth is, nobody talks about these things. The other truth is, this story is too good NOT to share. And because I tend to not have a filter in real life and in an effort to make this blog as true to me as possible, I’ve decided to adopt the same approach. {Almost} no filter. 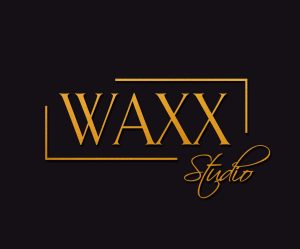 So here’s the deal: Getting a Brazilian wax is something I thought I would NEVER do. Bare is really not my jam. But for some reason, I’ve been considering it for the past couple of years, perhaps more curious than anything as a result of having a few friends who are definite fans. But I never knew who to go to and I didn’t want just anyone tampering with my bits. It’s a pretty intimate experience and I wanted to be really particular about who I went to. Which basically just means I’ve never even attempted to take the plunge.

Until this year. Well a couple of months ago to be exact.

The issue I have is that I couldn’t find a shave situation I was happy with. I like bare on the bottom ~ a friend was weirded out when I used the word *labia* haha but I did….at the table in Moxie’s – oh heaven help anyone who was there that night ~ and some coverage on top but WHERE is a good transition line? But there isn’t one if you’re wondering, which is why I couldn’t find anything I was happy with. Plus, I also had some bare spots, making for some pretty splotchy coverage. Not quite how I want to look either.

And then a friend of mine opened her own wax studio.

It was honestly a no brainer and I booked in right away. And then I started praying. I had my legs waxed once and honestly thought I was going to die so I was certain I had signed up to pay for a similar but much worse experience. Would my lady bits ever forgive me? 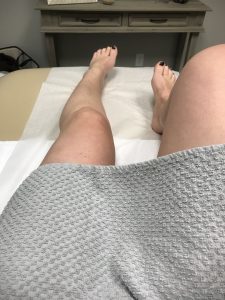 Chris at WAXX immediately made it a positive experience. Even if you don’t know her, you’ll quickly feel like you do. Her personality and passion for this business and her clients, who become friends, eases any potential awkwardness.

But let’s be honest, that’s onky a part of the experience. The actual waxing: well, it doesn’t tickle, I can tell you that. And some parts are certainly more tender than others. There was a time or two when she had to encourage my legs back down (sitting butterfly) and remind me to RELAX. Dammit, that’s hard though!

But ultimately it wasn’t bad. Honestly.

The problem arose in the impact of my wacky shave situation, in that the hair “down below” (labia, my friend, L.A.B.I.A. hahahahahahahaha) wasn’t long enough to catch so I was left with a super sexy, one of a kind, never to be repeated, VAG-HAWK. I kid you not. For FIVE weeks this vag-hawk lived it’s life on my body. FIVE weeks people.

It was not pretty. But it was certainly hilarious and you better believe I was telling people any chance I could. First because we need to talk about these self care experiences more and second, because it was just funny.

If you’re curious about my overall opinion, know this: I won’t ever stop going AND more importantly, I won’t ever stop going to Chris. I was an immediate fan and even with the vag-hawk, loved the outcome. Apparently bare is my jam and I absolutely think every woman should try it, or some variation at least once {I think the same thing about boudoir photos….do them}. We women don’t do nearly enough for self care and there is truly something liberating about making and taking the time to do something just.for.us. #amiright

Also, I’m sure you’re anxious for the update. One day short of 5 weeks and the vag-hawk was {lovingly} removed, never to be seen again. I’m not sad about it.

If you are in the Lethbridge area, Chris at WAXX is seriously the best. She is passionate about what she does (promoting self care and self love} and makes the entire experience fun {for real} and completely comfortable.

Ten Things You Shouldn’t Say To Your Vegan Spouse

Celebrate Your Year with Holiday Cards from Minted