Six Little Ducks That I Once Knew… #inourbackyard #makingmemories

We don’t live near water…no stream or pond or lake is even close. Which makes the arrival of a mama duck and her SIX {count ’em six} ducklings that much more awesome.

There they were…six sweet little ducklings toddling after their mama. 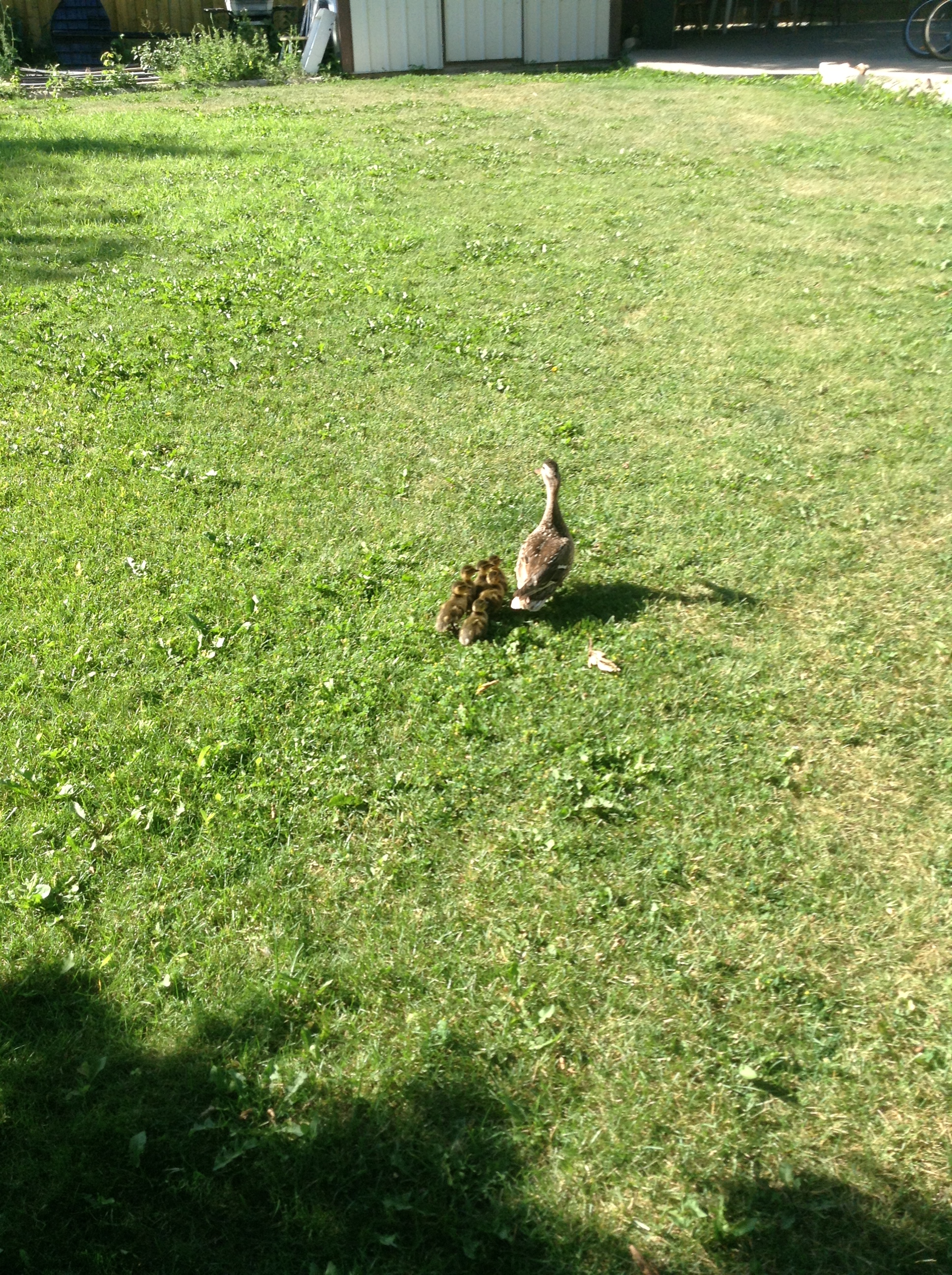 I realize my lack of camera and zoom lens takes something out of this photo op….but you get the picture….SO cute!

Problem is – being so far from water, how do you just let mama and her ducklings wander the street and alley? Well, you don’t. Or, I couldn’t. I had this master plan and major dream within a minute that we could rally the duck family into our back yard {from the neighbours} and fill our kiddie pool where they would live. Mom would instinctively know she was safe and loved and would become a pet of sorts. Yes Cinderella and Snow White have taken over my imagination forever.

I watched for a little while, just wanting to keep them close, when I suddenly realized that mama was quacking – calling….she was missing 4 of her ducklings 🙁

This was my chance – no way was I going to let this mama lose her ducklings. So I knocked on the neighbour’s door {to inform them I was going to climb over their fence} but noone was home upstairs {suited home}….I was creeping through the backyard so as not to frighten the ducks and to ensure I didn’t step on any of the lost ones either when the neighbour {basement} came out trying to figure out what the heck I was doing. HA!

Within a minute – and a speed of light explanation where I did nothing but fumble over my words – she was helping me. I could hear the others chirping every once in a while but I could not find them.

So, the neighbour grabbed a box, caught the two not-lost ducklings and Brent filled the kiddie pool {dream sequence initialized}. Mama duck flew around and finally landed near them once we gave her enough space. 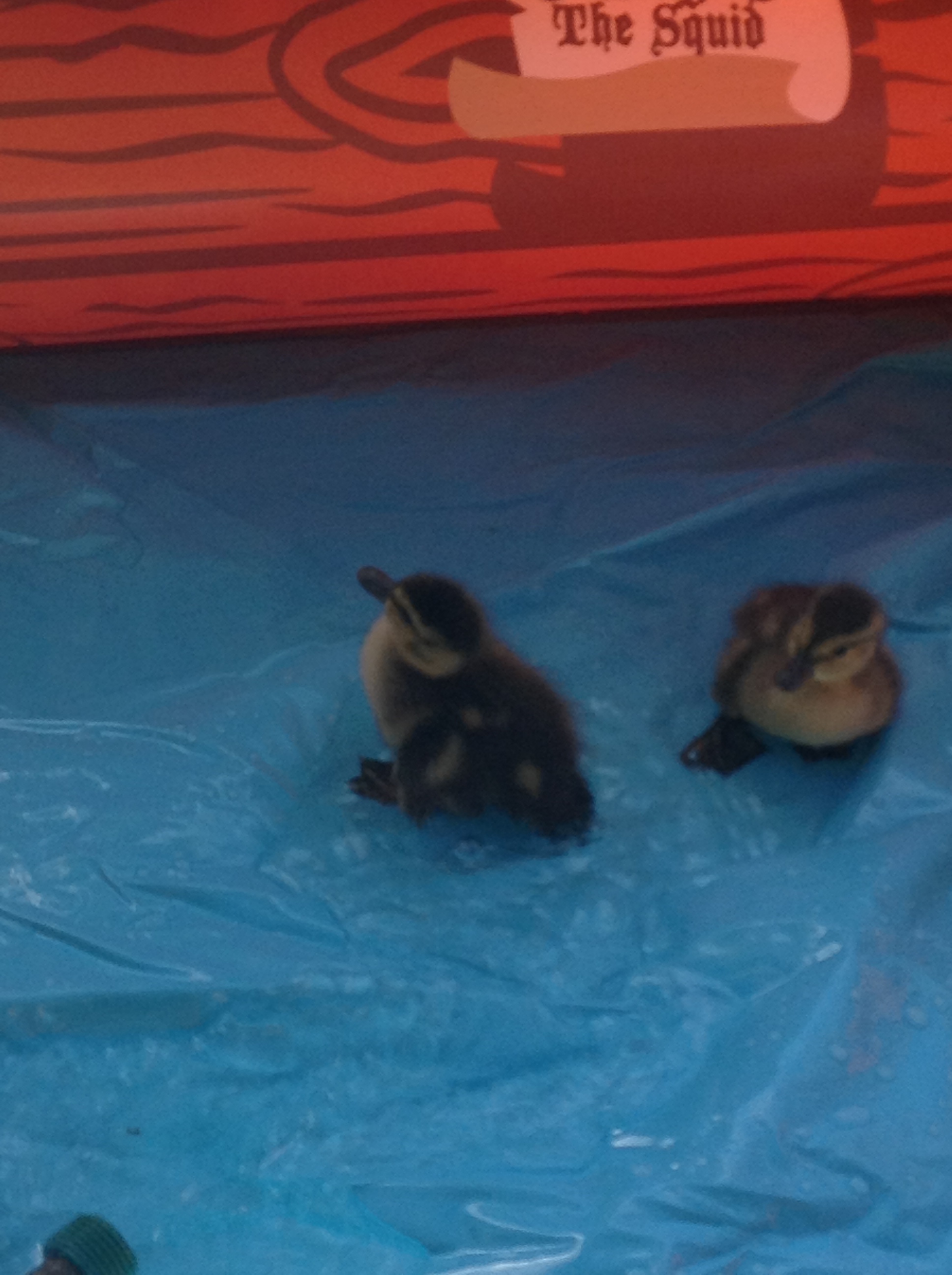 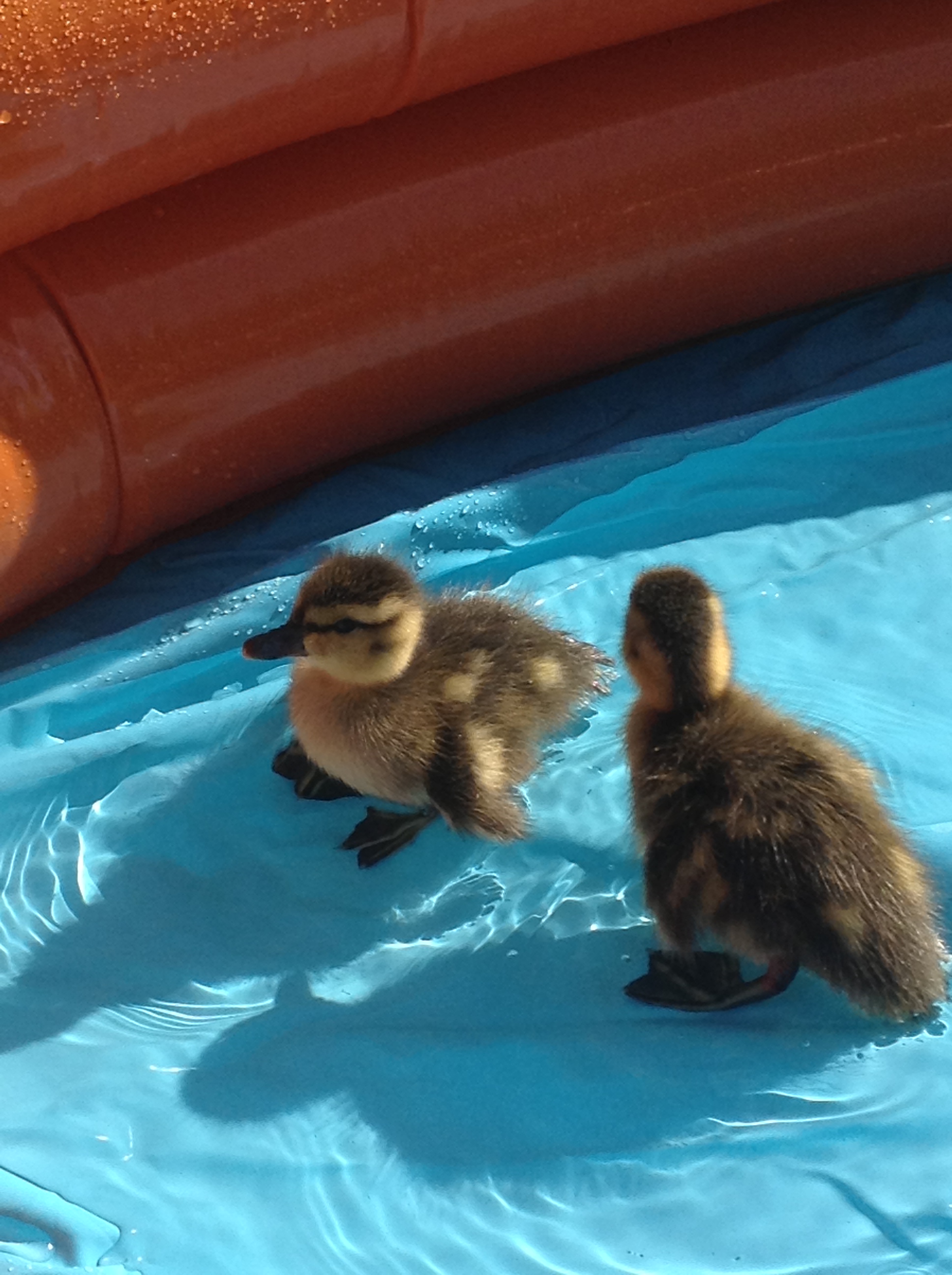 But still she called to her other 4 babies. And still my heart just broke – we could not find them anywhere.

Finally, after quite some time, and after working out the scenario in our favor to relocate the ducklings and pool to our yard {dream continues}, I finally suggested the one thought that had been popping up.

In our neighbours backyard there are two pipes…flush to the ground, with no purpose at all. I wondered if they had fallen in, but hadn’t taken the time to really check. Neighbour lady {she told me her name. I promptly forgot it. I’m ridiculous like that.} checked and sure enough, she could see 2 darling ducklings about 3 feet down. It didn’t solve the entire mystery as there were 2 more still somewhere, but it was a start. 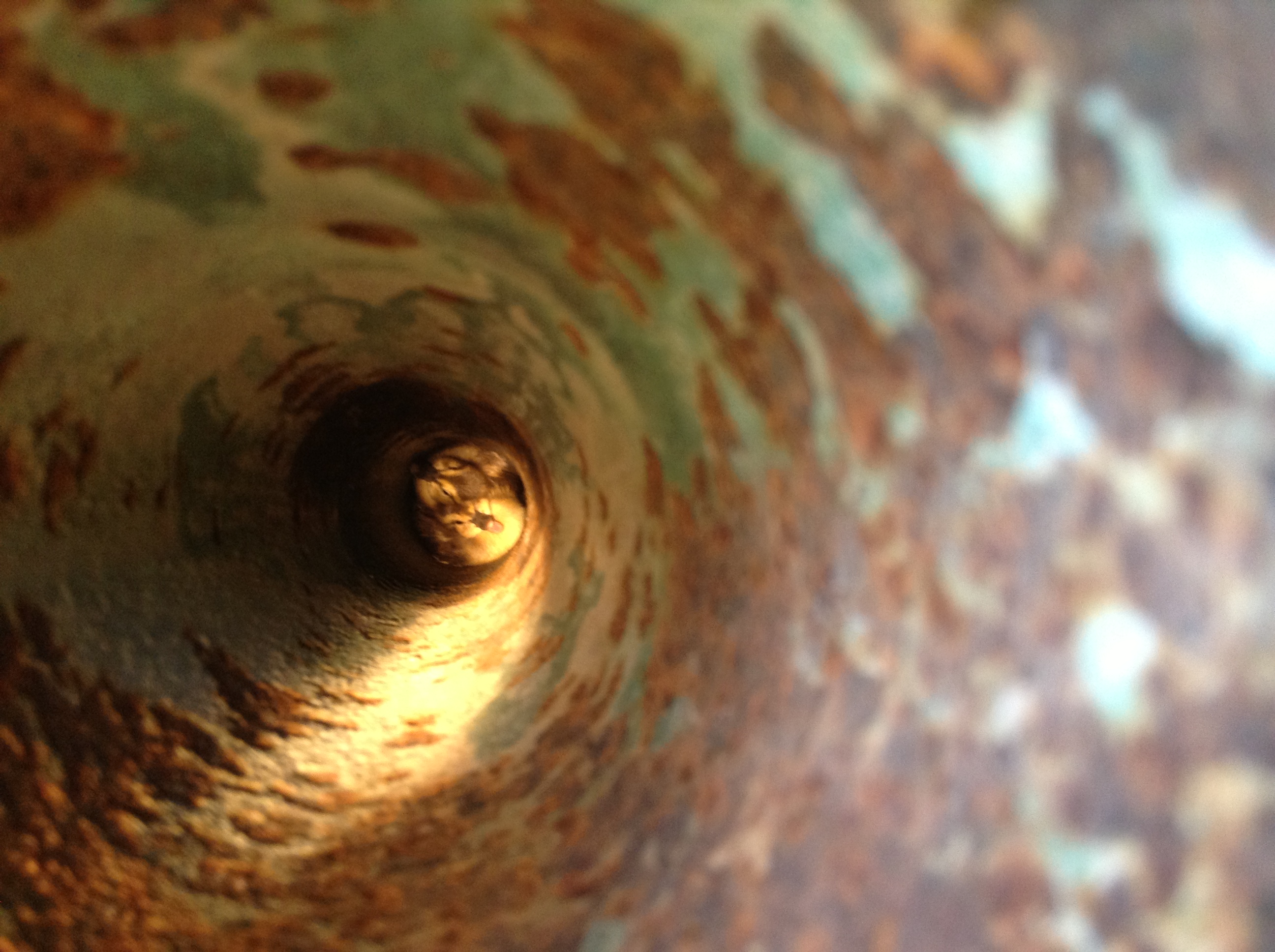 Brent called the fire department who redirected him to Fisheries and Wildlife, who sent an officer to come remedy the situation. Unfortunately, by the time he got here, only one was still living 🙁 It seems the one had a serious will to survive, at all costs and basically smothered her sibling. So so sad.

The officer {my hero that day} brought out his rattle snake catcher {think glorified garbag picker-upper} and rescued the sweet little duckling from the pipe. Happy day! 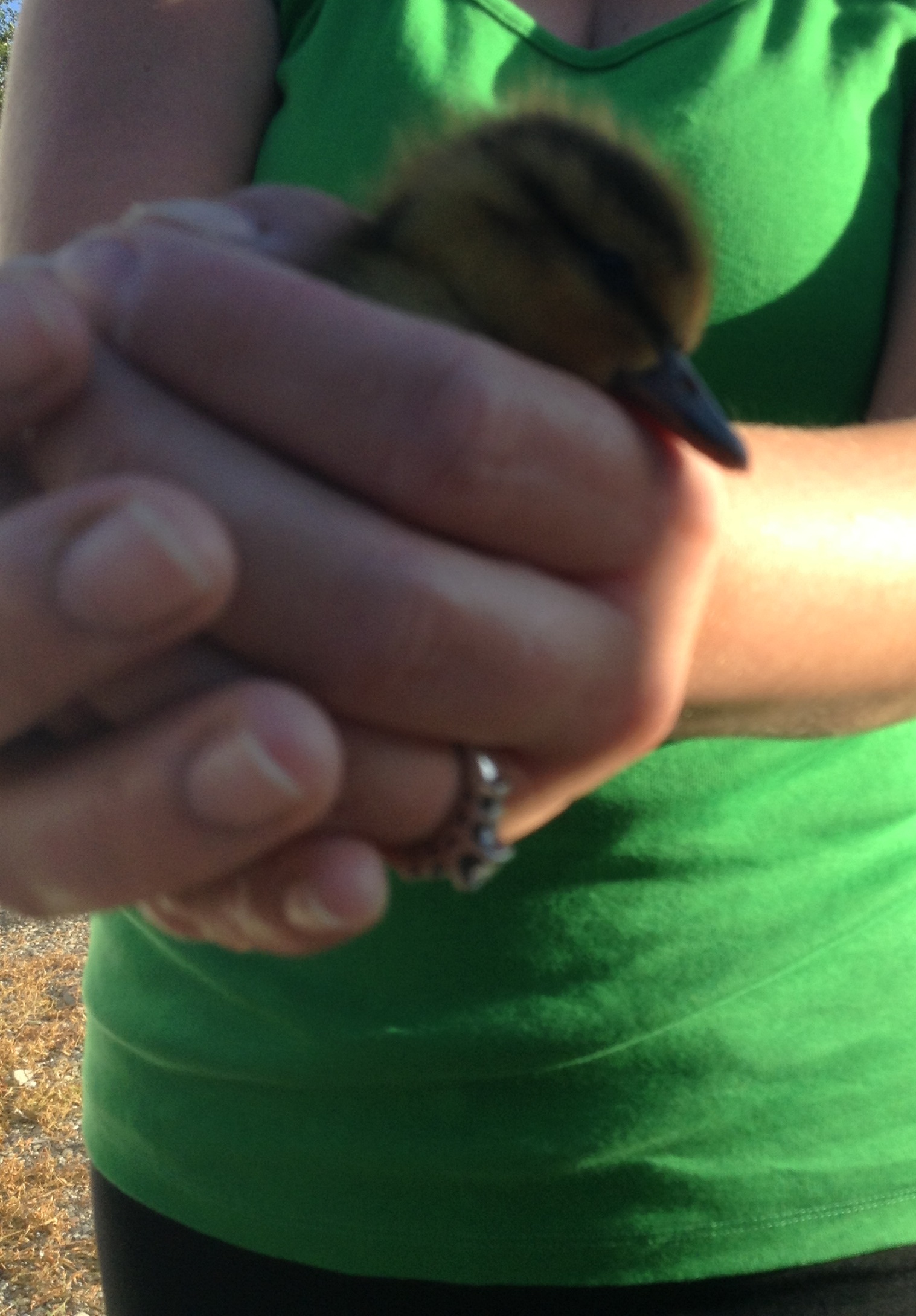 Feeling like mama should at least know what happened to the other, we brought him up too. Sad sad day 🙁

Especially when we realized that the other 2 missing ducklings were under him!

My heart broke…all our hearts broke.

And by the time we got to our backyard, mama and her two ducklings had found their way elsewhere. Nowhere to be found.

It was devastating, to say the least.

Though luckily, the officer said ducks are a *more the merrier* type of animal. He was going to drive around and find a pond with other ducklings, and their mama would take this sweet one under her wing as well.

{A dream is a wish your heart makes}

I suppose some good came out of this – one sweet duckling survived. But I can’t help be frustrated that maybe at least the two could have been rescued with a little faster acting on my part.

On the plus side – those little ducklings were pretty stinkin’ cute: 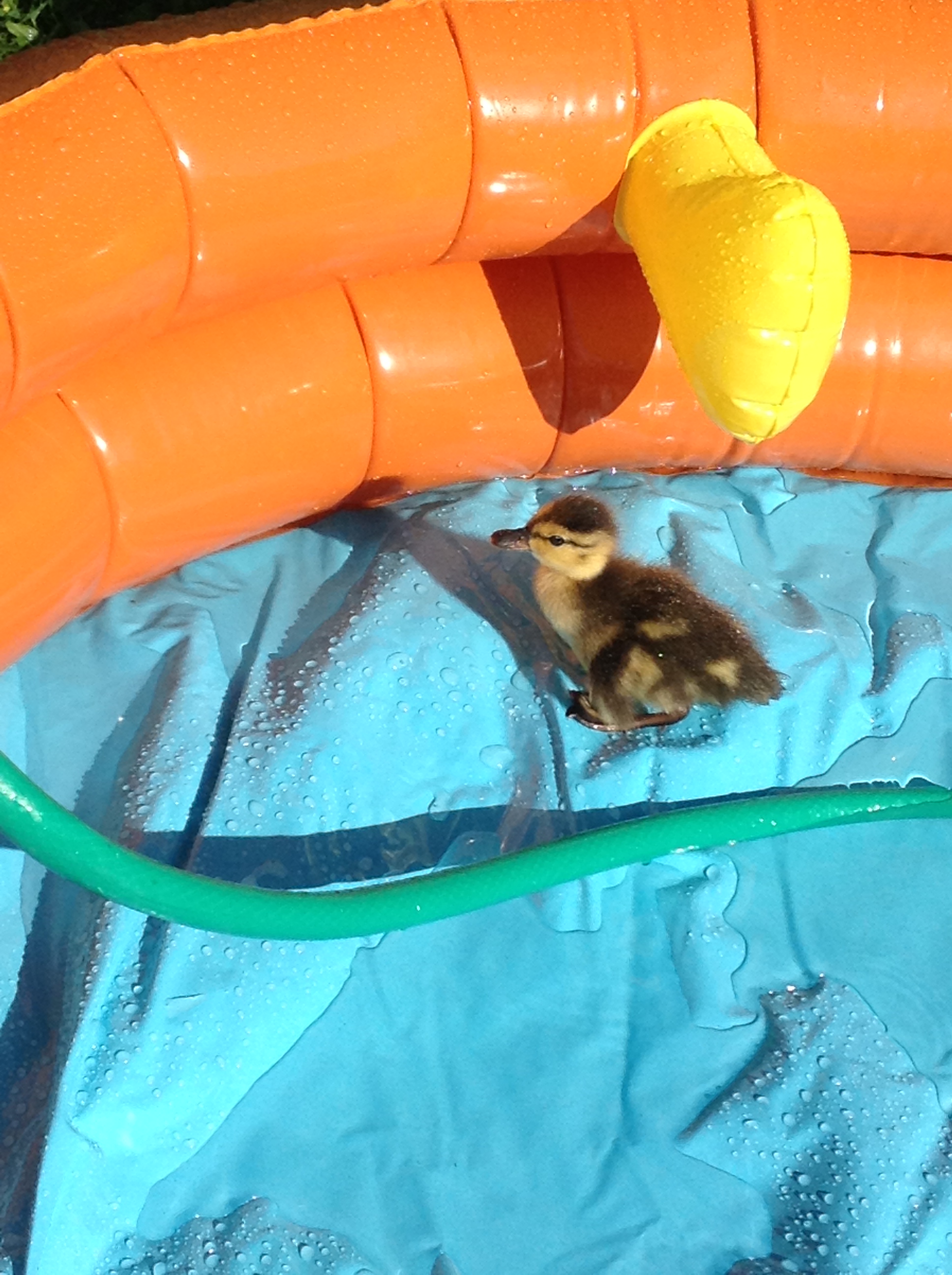 It’s My Birthday…My Age and My Theory

A Science Lesson Kind Of Day