For over a year Brooklyn had been getting the catalogues in the mail each month. And each time it came in, I would surprise her when I picked her up from school and she would exclaim in her most excited voice *YES! My magazine came!*

She was in love. And dreaming of the day when she would have an American Girl doll of her very own. 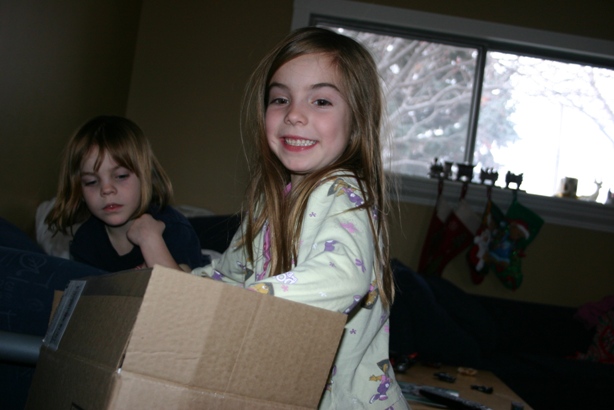 The day had finally come!

I wanted to get her one, and loved the idea of surprising her with it…But the truth is – it’s pretty big purchase. And I wanted her to appreciate it – REEEEEALLLY appreciate it. They are not inexpensive to say the least, and I wanted to give her the opportunity to understand the value. And while I LOVE *spoiling* our kids, and being able to surprise them with fun things, I also really want them to understand the importance and value of sacrifice and of earning things. Particularly because Brooklyn has a bad case of *more fun to GET things than HAVE them* – where it’s the impulse of buying items that excites her and she often forgets about items afterward. 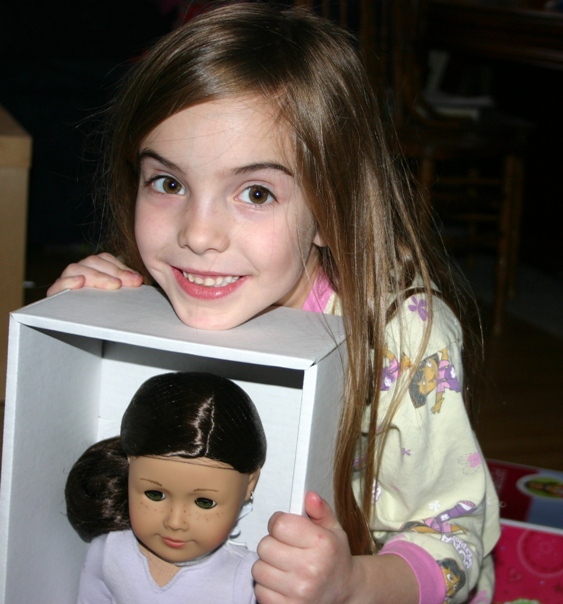 They saved for 2 years for Disneyland {picking bottles anyone?} and I think that really helped set the tone of the trip – FINALLY the long awaited/dreamed about trip was here. And while Brooklyn didn’t necessarily *save* for her doll – she did see the trade off between having a ton of birthday presents {that she would have loved no doubt} and being able to get ONE thing she really wanted. And in her world, NEEDED.

It was one of the deciding factors in choosing to do a cash party. It’s also one of the things that initiated the whole idea in the first place. 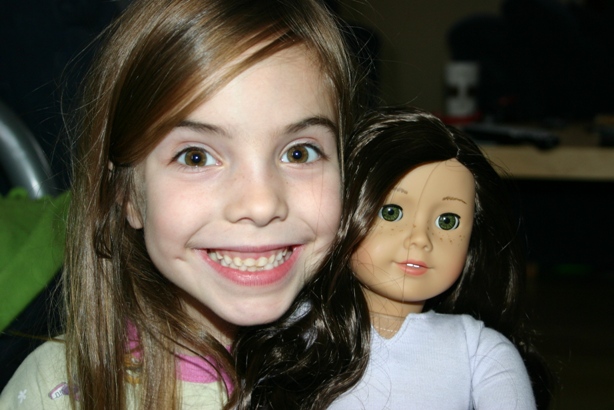 So, after her party we pooled all her money together, first taking out the amount for the hospital kids. With money from family {that wasn’t split} and her portion of the birthday money, Brooklyn had $180 total. Not a bad haul if you ask me. But I also didn’t want her to get into the habit of spending EVERY.PENNY.SHE.HAS. So I explained she could buy the doll and ONE accessory. And the rest was going into the bank. We spent a whole night shopping online looking for the perfect American Girl Doll Accessory. I taught her my way of online shopping – adding everything you like to the cart and then narrowing it down at the end. It really helped her see things compared to each other and figure out what she REALLY wanted. It also helped her rationalize why she didn’t want something {like the sunglasses she deleted from the cart because it was winter then lol}. Her accessory of choice? Chocolate the Dog, who is, by the way, super cute! 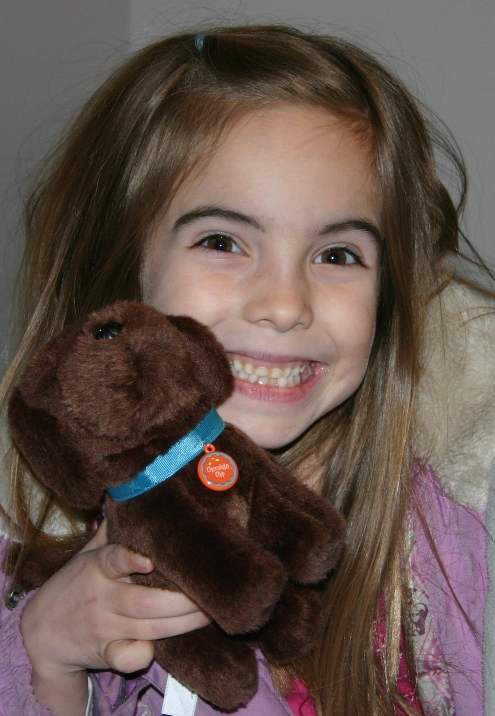 She also opted not to get the doll with pierced earrings because it was $14 more. But I surprised her and got it as our birthday gift to her. She was THRILLED! 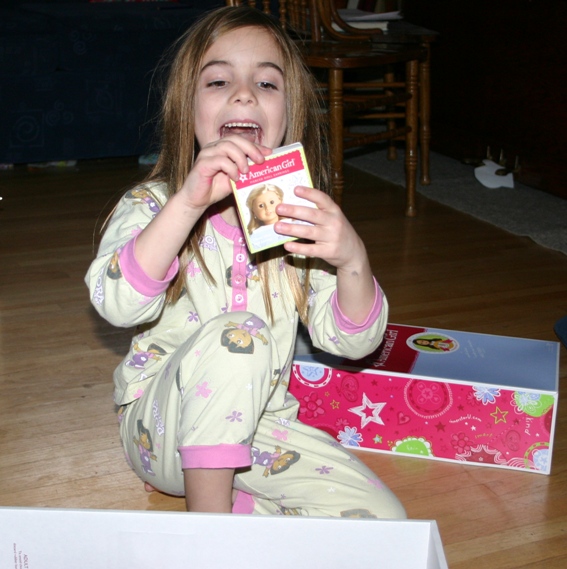 Little did she know that with that order came a whole swack of things for Christmas. Each family member got her something to go along with her doll. Santa even pulled through for her too! And because I had shopped with her, I knew some of the things she wanted. lol 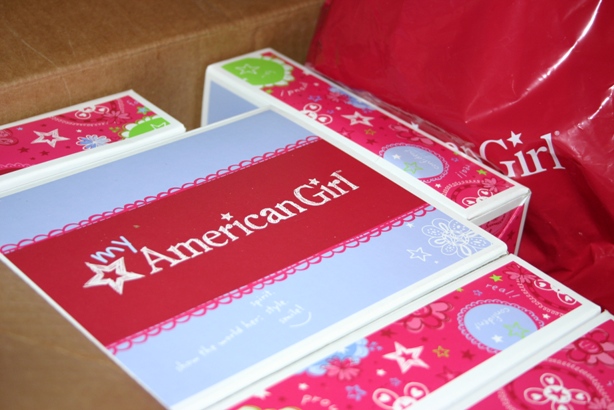 Her doll arrived a few weeks later and her life has never been the same  {can I just say how RIDICULOUS the shipping was to Canada? I mean…an additional *Canadian Delivery Charge* of $30 on top of the already $30 shipping? Yes it was worth it because of our looming Christmas deadline…but no I won’t ship here again} . And you know what? She takes better care of this doll and accessories {folding clothes, etc.} than any other toy she’s had. She APPRECIATES the value of this doll and what it means to have one.

And she was/is SO Grateful.

And while she circles nearly every accessory in the catalogues each month {a girl can dream, right?}, she is well aware that she has every opportunity to earn money to buy more items. When she wants them badly enough, I suppose she will. lol 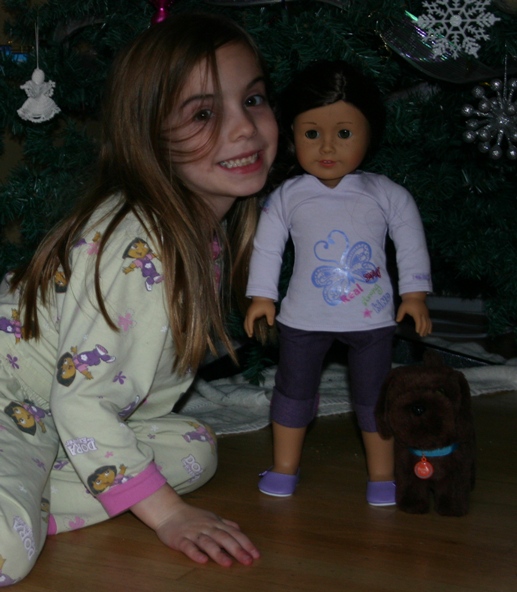 I Made a Winter Wreath with Elmer’s #gluenglitter and #cbias