1 In Just for Fun/ Personal

Cash Party {What To Say}

I have had more than one person comment to say they LOVE the idea of the Cash Birthday Party. But with that, I have also been asked *what to say* or *how to tell people*. Because it’s kind of taboo, no? Like I said in my last post, it might be seen as kind of tacky.

So here’s what I did.

Last year I started planting the seeds early by making mention of it when birthday parties were talked about. Or when conversations would lend themselves to the excess we all had in our homes…in the form of KID STUFF {ie…that’s why I’m totally doing cash parties for their next birthdays}. And then, I just had to CHOOSE to get over the possible tackiness of the situation. I had to suck it up and hope for the best.

A fellow dance mom planted the charity idea in my head, saying her daughter did a similar thing, donating half of the birthday money to the heart and stroke foundation {her grandfather had recently passed away from an unexpected heart issue}. And because taking gifts to the pediatric unit was already a tradition of ours, it was an easy decision. It worked perfectly for us {though don’t feel like you have to split it}.

So because it was the first time, I wrote a bit of a novel to explain the decision. It was my attempt, I guess, at diminishing any chance for people to be offended or think we were tacky. So here’s what I wrote: 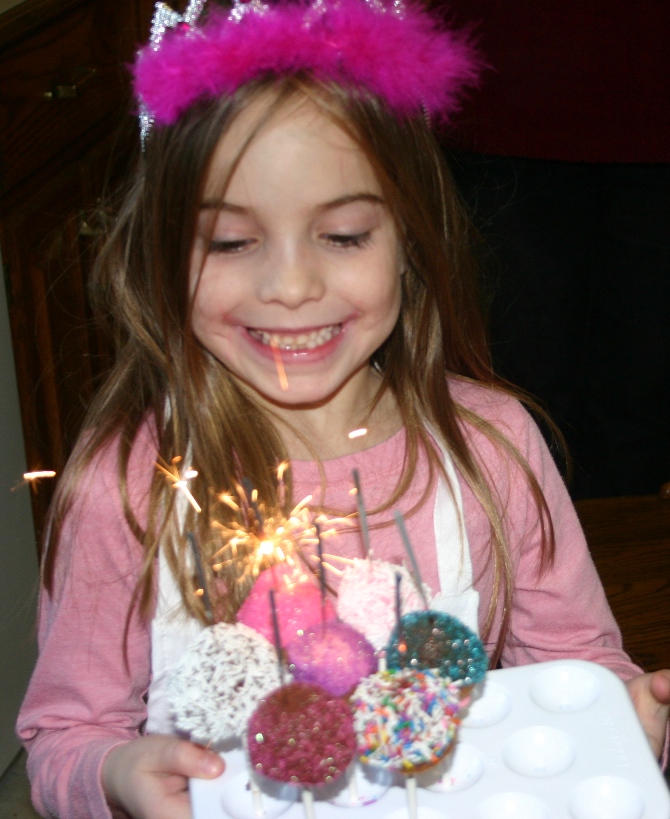 We are having a Gourmet Princess Party for Brooklyn – and she wants all of her friends to come!

I know this next part may be seen as tacky and I apologize in advance, but the truth is, I personally find buying birthday gifts really stressful. And sometimes finding the time to try and find something perfect again just adds more stress. And the truth is, we just do not need any more *stuff/toys* in our house. So I’m hoping to change things up a bit, if that’s okay?

We are really wanting to teach our kids about the value of money, the benefit of budgeting (and saving), and the difference between needs and wants….and trying not to get caught up in the *fun of buying* and instead, the payoff that can come from saving for something we really want/need instead of a bunch of little things along the way.

In addition, every year, for every holiday our kids receive presents (easter, birthdays, christmas) we purchase and deliver a special something to a child in the pediatric ward of our hospital. We are hoping to incorporate this again this year, while combining it with above mentioned *issue* in the following way:

Trying to make it simple…stress free…and with the ability to cheer a child who is ill – while being able to help Brooklyn reach her *saving* goals for something bigger, (This is probably the tacky part)

We would love if for Brooklyn’s birthday present, you would bring $5 for Brooklyn and $5 to be pooled to purchase some toys for children in the hospital. Please don’t feel like you have to, and as always, gifts are not expected or required. And if you feel that this amount is too much, please don’t feel like it’s necessary. It’s just an idea.
And like I have said, several parents expressed to me their fondness for this idea. I think when it came down to getting ready for the party, the gift portion was no longer stressful, or another outing to squeeze into already busy lives….it was easy and what the birthday girl/boy wanted. As well, a few other friends have followed suit and I know even more who are seriously considering it for the upcoming birthday of their kids. 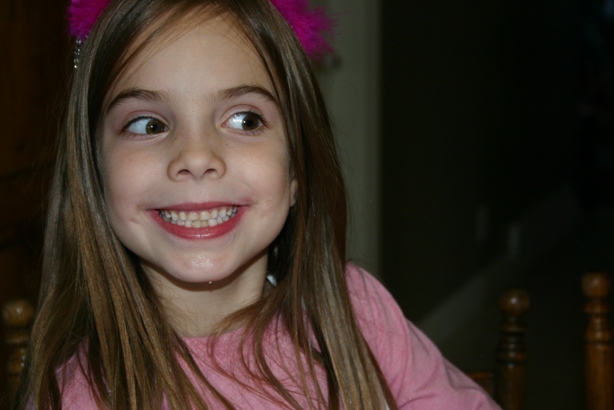 Haha….she is always looking away.

Just think about it: Easter, Christmas, and Birthday….gifts from {in our case}: Brent and I, Grandma, Grandma and Papa, 2 Aunts, 3 uncles {though usually only gifts from 1-2 of them}, Santa,Easter Bunny,  and friends at birthday party. That is AT LEAST 12 gifts, PER KID. PER HOLIDAY. That is 36 NEW things – 72 TOTAL – EACH YEAR!

This really was the only way to go. And with a daughter who had a fairly pricey expectation of what she wanted {blog post to come}, it was the perfect solution. And really helped teach her a life skill – sacrifice. Sacrificing the fun of *all those gifts* for something bigger that she really wanted. And now she can say that ALL of her friends helped her get it. 🙂 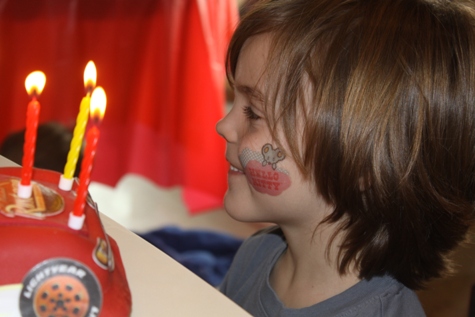 This year, having already laid the groundwork with last year’s parties, I was able to keep the explanation much simpler. Here’s what I wrote:

As Jonah is 5 he is doing a $5 party, where $2.50 will be his to save up for something special and the other $2.50 will be pooled to buy toys for kids at the hospital. But please, don’t feel like you need to bring anything 🙂

These are just ideas – feel free to copy part of all of the wording if you’d like or simply use it to build from. Just remember….

How long can it really go on?

I Remember What It Was…. #Julep