Only A *LITTLE* Excited

I spent some time this afternoon sewing – what you may ask? I was hemming and taking in my sister in law’s scrub pants. Why you may ask?

Anyways, while I was sewing {Really I’m trying to get these done so I can move along to the other sewing projects I have lined up} Brent decided to take a nap. I’d say #lazy but if you know Brent you know he’s anything but. So I’ll be honest….and kind.

So this is what I saw: 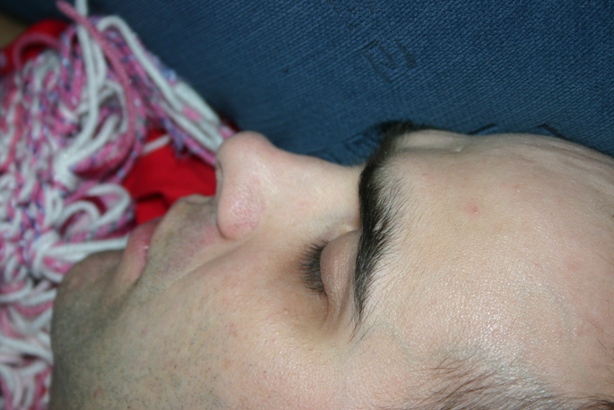 Down for the count

Normal, right? Until I saw these hanging off the end of the couch: 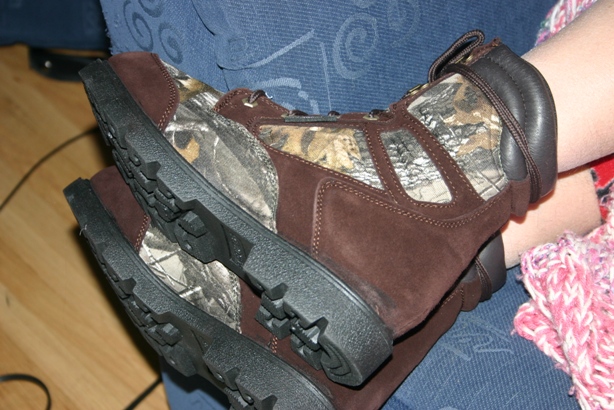 Only a wee bit excited

I’m not making this stuff up. He’s seriously SLEEPING in his hunting boots – in serious anticipation of an upcoming hunting trip with some good friends. #makingmemories

**Okay okay….they are brand new boots so he does have to work them in a bit before testing their potential while hunting, but still….napping?**

I’m going to be giggling about this for a long, long time.