Why I’m Okay With The Word *Stupid*

You know that dreaded moment…when your child first uses what would be considered more of an *adult* word? I can’t be the only one who gasps in horror, wonders where in the world they heard it from.

Not me. *slinking away*

We lucked out with Brooklyn. I mean, we had our share of *issues* and behaviors we had to tackle, but for the most part if we asked her not to use a word – explaining why and how it could make others feel, she would stop. Jonah on the other hand is the EXACT opposite. He just thinks it’s funnier.

We, of course, do not. Okay, sometimes we do – which makes it really difficult to help him appreciate the seriousness.

All in all, it’s been a difficult situation to navigate. Coupled with Jonah’s intense personality, and we’ve had to make some pretty big compromises. We’ve really been forced to *choose our battles*. 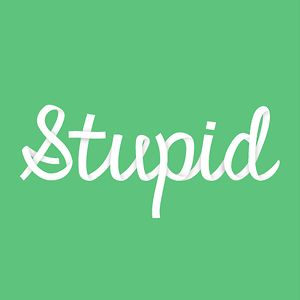 The word *Stupid* is one battle we don’t fight.

I don’t like the word any more than the next person, and I certainly don’t like hearing it from my son’s mouth {words sound so much more vile coming from children don’t you think?}. But I can’t blame him really – and in situations where he’s angry and he’s feeling intense, it’s likely the only word that adequately describes how he’s feeling. So I’m learning to strike the balance between what is legitimately inappropriate and what I’m willing to accept as an appropriate expression of his emotions. 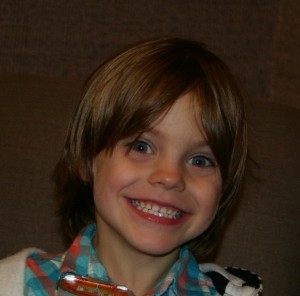 Pure Intense Joy! {And his smile melts me}

Except when it comes to people. Now, I can’t say it doesn’t happen {because it does}, but every time he uses *stupid* to reference a person – friend, family member, or anyone at all…first I die a little – okay a lot, and I do my best to correct him – but most of all we follow up with A LOT of talking. A LOT. To help him find more appropriate ways to express his anger and frustration where PEOPLE are concerned. He doesn’t want to be unkind, or hurtful…he’s not trying to be mean. He’s learning how to navigate his surroundings, his emotions…his intensity.

This has certainly been long and drawn out, but we are getting there. And we are both learning to make compromises and look at the core – what REALLY matters.

Which is why I finally let go of the word *stupid*. I’m hoping he’ll find a different, more appropriate descriptive word, but for now I guess he’s going to be using that stupid word.

And I’m okay with it.

There’s Something In The Water #gardening