4 In Just for Fun/ Personal

A couple of months ago I surprised Brent with tickets to the upcoming Stone Temple Pilots concert {best. wife. ever.} by mailing them to him at work: 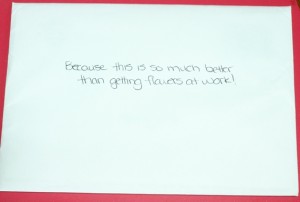 Because it really really is! 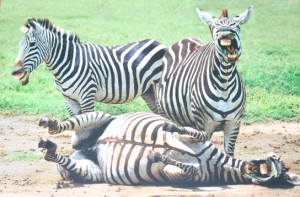 I was THIS excited about it!

And because mailing things like this {even registered} makes me nervous, I took a photo of the tickets:

I was away for the week when I sent them, making it even more awesome….and I so wish I had video of him opening them. See, it’s like pulling teeth to get this guy to do/buy something for himself. The problem is he doesn’t get *buyer’s remorse*, he gets *not buyer’s remorse* where he ALWAYS regrets NOT buying something. In California {2010} he finally splurged on some new boardshorts from Sun Diego {Mission Beach} – it was difficult for him to do and while he did get a few nice pairs, he came home wishing he had gotten more. In Whitefish this summer he saw a hoodie he liked for $50 but wanted me to see it first before deciding. Sigh….yes he bought it, yes I made him, and yes he’s glad. And yes, I could go on and on with similar stories about his *non-buying*. lol

So when he saw that Stone Temple Pilots were coming {to Calgary}, I told him to buy tickets….but, OF COURSE, he brushed it away as though it was no big deal. Well, it was a big deal to me. I knew he would LOVE it….and thought it would be fun for him and a friend to go. And it was….his friend of choice?

ME! #lovemyman
Curious to know how our date was?  One word: AH-MAZING!  {don’t worry, a blog post is coming!}

Tim Hortons *A Date With My Girl Part II*

It’s not just me… {Wordless Wednesday}