0 In Feature/ Giveaways and Reviews/ In the Kitchen

I didn’t like bacon at all {can you imagine?} until our son was born. To get a little personal, I really had to struggle a lot to keep my milk supply up {something I did not have a problem with when our daughter was a baby}. I was eating all sorts of things, trying to see what helped, and strangely noticed a rather large improvement after having a homemade bacon and egg sandwich. Bacon became a go to item for me when I felt like I needed a little *help*. Somehow from this a bit of a love for it began…an addiction of sorts. And now, if it’s got  bacon on it, I want it! {Yes I realize this could have a lot to do with my having some pounds to lose} 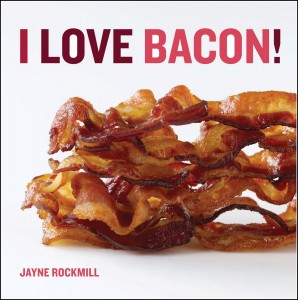 The problem is bacon can be sooooooo expensive. And let’s be honest, there is a noticeable difference that correlates with the price {ie more expensive=better}. In addition, unless I’m cooking it for our family at breakfast {rare}, I usually only want to cook a few pieces, not an entire package…or half as I tend to cut and wrap them in half before freezing. And I haven’t quite jumped on board with the whole *microwave bacon* thing {which helps when you don’t want a lot}. 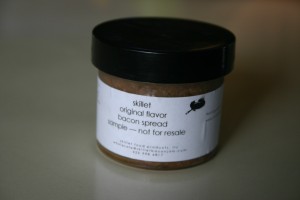 So here’s the thing, I read about a product called Skillet Bacon Jam and my first reaction was repulsion. I mean, ewwwwwwwww. So, I agreed to review it. HA! While I’m not super adventerous with trying new foods, this fell into the *don’t knock it ’til you try it* category. I mean, it is made WITH bacon – how bad could it be?

Wanting to have a few more opinions than just ours, I enlisted the help of my sister in law and her family by inviting them for a bbq on Monday. They were also a little leary, though after discussing it we did sort of get used to the idea – in fact, even started liking the idea. The natural flavour of bacon without the fuss…hmmmm 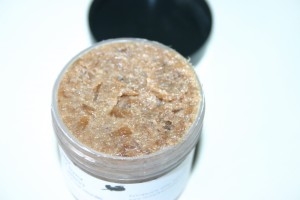 So we all added a layer of bacon jam to our burgers and got ready for what we hoped with be something delicious. Brent could taste it really well, I had to add a second swipe to get enough flavour to feel like I could really give an opinion, and both my sister in law and brother in law could taste it faintly. And all of us were happy with the flavour. While I sometimes like the visual of bacon on a sandwich or burger, I think the convenience of this fab little product will win out more times than not. My sister in law and I were contemplating how it would taste on a breakfast sandwich – I’ll have to try that too!

Want to try some Skillet Bacon Jam for yourself? You can check out their online store – each small jar sells for $16.99, which on first glance seems high I know – but just think, that’s the equivalent of just 3 packs of bacon {about} and with 4 of us using it on our burgers there is hardly even in a dent in the *jam*. And, as something that’s a little *treat* or *perk* to your lunch, this jar will last far longer than 3 packs of bacon would.

I received one or more of the products mentioned above for free using Tomoson.com.

Regardless, I only recommend products or services I use personally and believe will be good for my readers.